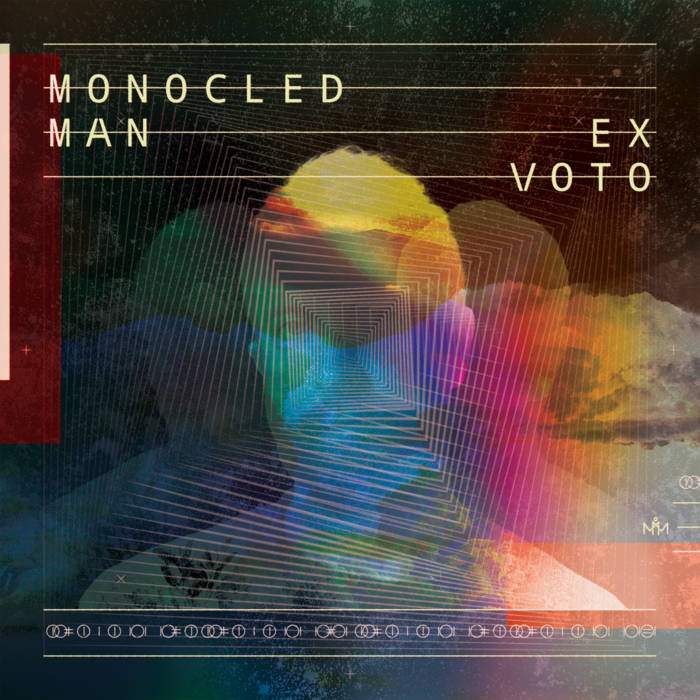 The Nonsemble Ringmaster Rory Simmons returns with Brass and Beats as the Trumpet, electronics and imagination of the man out front weave into a new jazztronic and cinematic blues [of sorts]. Get this!
.
@TheNonsemble Favorite track: Heksen Romance.

Simmons’ cultural inquisitiveness forms a treasure-trove of musical touchstones, which he uses to sculpt a sound that’s truly his own. 'Ex Voto' (‘an offer given in order to fulfil a vow’) represents another idiosyncratic journey, this time inspired by Victorian novelist Samuel Butler and his work of the same name. The themes found in both Ex Voto and Butler’s magnum opus Erewhon punctuate the album, as the trio conjure visceral musical excitement from base ideas on dystopia and politics.

'Ex Voto' is an opportunity for Monocled Man to tread new ground. Close collaboration between Simmons and Scott prompted a creative shift with more emphasis on both groove and production value. “A lot of the touchstones for the record are cinematic, ambient, industrial soundscapes,” Simmons explains. “I still wanted it to sound English too, whilst tipping European noir.”

Butler’s eerie influence is never far away, not least in ‘Tin Skulls’ (as close to a ballad as Ex Voto gets). Here, Montague finds a brittle, county/post-rock acoustic sound that becomes one of the album’s essential timbres. ‘Heksen Romance’ references a different aspect of Butler’s work – a nod to the imagery of 20th Century Scandinavian witchcraft and early Swedish cinema, the psychedelia of Can and Tortoise comes to the fore on a track driven by Scott’s powerful playing.

Expansive production gives ‘Siler Woods’ unexpected depth, hazily wafting along with notes of Mary Halvorson. Montague’s high-intensity soloing climaxes on ‘Sense’ (“this is Chris’ moment to tear it apart”) – and more gnarly guitar sounds emanate through ‘Shores’ – “this started like a contemporary jazz track, that gradually returned to contemporary production.” ‘Natural 93’ conjures more vivid cinema – think ‘This is England ‘90’ – where breathy autotuned voices are weirdly distorted, evolving almost indiscernibly. ‘Amongst the Machines’ relates back to Butler’s writing on technology, and the album closes with ‘Siler Woods Reprise’ – Montague’s wild, Bailey-like acoustic shredding as snatches of sound are stitched together, edges exposed.

"'Ex Voto' weaves a tapestry of beautiful melodic and haunting stories without ever missing a beat."
Candid Magazine

"Montague is a great guitarist, Scott is one of the more forward-looking drummers on the scene and Simmons is equally impressive here – great tone, amazing range."
Bebop Spoken Here

"This is an album that defies genre categorization, it is cinematic in scope, ambient in sound; it is well constructed and well played."
Simply Jazz Talk